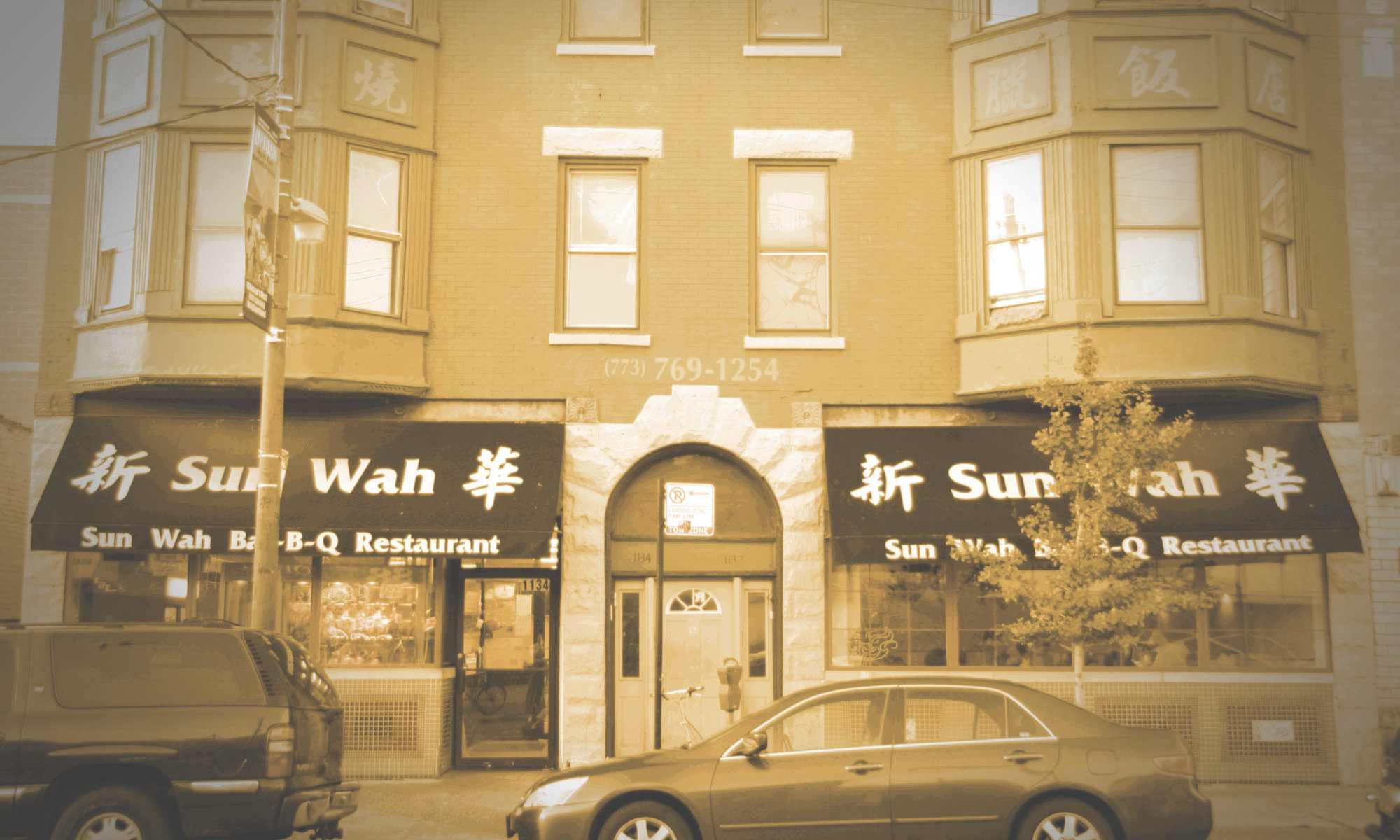 Sun Wah BBQ started its journey in New York’s Chinatown where it was crammed into a storefront hardly wider than nine lengths of roast ducks. Its founder, Eric Cheng continually refined his skills as a Hong Kong style barbecue chef here. While Sun Wah did well, it was still a crowded fish yearning for larger oceans. Eric and wife Lynda took their four toddlers and Eric’s mother and made Chicago their destination.

In the spring of 1987, Sun Wah BBQ opened its doors in its initial Uptown Chicago location a few doors away from the Argyle Redline Station. The transplant was a welcome upgrade from New York as it provided space to accommodate kitchen gear and dining patrons. Over the next two decades, Sun Wah BBQ accumulated a legion of enthusiastic admirers and fans who delighted in exploring its voluminous menu. The children became fixtures on weekends and holidays as the year-over-year growth required all hands on deck. This proved to be an invaluable experience for them  as it provided the fundamentals that would help not just maintain, but expand their parents’ heart and soul.

By the turn of the millennium, what seemed like a sufficient upgrade in space decades ago now felt stifled as the Argyle dining room was frequently packed with patrons waiting for the next open table. In September 2008, three of the four children (Kelly, Michael, and Laura) grasped the baton to lead Sun Wah BBQ into its next phase.

Each had been developing their life skills that would feed into the continued success of the restaurant. Kelly acquired her MBA from DePaul University, Michael followed his father’s teachings on mastering Chinese BBQ, and Laura completed her degree from the Kendall College of Culinary Arts.

In 2009, the doors at Argyle closed with a scribbled note directing patrons to the NEW location just around the block’s corner on Broadway. This carriage garage at 5039 N Broadway was entirely renovated with thematically proper brick structures and tile floors. The completion of repurposing this historic building resulted in a restaurant that features a dining room four times of the old Argyle spot. The rear kitchen has all the space to accommodate more barbecue vaults and wok stations. A designated front kitchen like those in Hong Kong eateries focuses on soup noodles and congee along with the window real estate to proudly display the house made barbecue items continuously supplied by the back kitchen. A bar area was added not long afterwards. Effectively, the dining room is surrounded by venues that can simultaneously create food and drink to make the experience as efficient as possible.

The open feel of the new dining room with its barrel-vaulted ceiling gives patrons a fantastic environment to enjoy themselves. Their continuously swelling numbers demonstrate an insatiable appetite for Chinese Barbecue, and by now, their most famous off-menu feature; the Beijing Duck Dinner.

Sun Wah BBQ’s growth and renown is far beyond what Eric could have hoped for and reaffirms that the American dream in the land of opportunity can be obtained with a lifetime of dedication and hard work.